where to get Legal Photographs

where to get Legal Photographs

So, some people here just take Photographs from any old place online when illustrating stuff. I really don't think we should be doing that - as an artist organisation, we should be doing what we can to support artists - and not stealing their work would be a good start.

So, I'm starting a thread with the idea people can add good sources of images online.

1) We have a number of photographer volies. Me, Ame, Ida, Charlotte, Julia, Martin. Ask us
Any of my images of the forest from http://www.doubtlesshouse.org.uk/other/TheForest/ can be used, for instance.

http://commons.wikimedia.org/wiki/Main_Page - one of wikimedia's (the group that owns wikipedia) other projects (also, any photo on wikipedia is fair game).

http://www.everystockphoto.com/index.php - has photos under various licenses.

remember, there are various types of creative commons license. get clued up. non-commercial is ok for us as we're a non-profit, but don't use attribution based images then not attribute, and don't use non-derivative and then start mixing it with other images/text to create a new image that you then use.
hey, if you don't like it, post on the BB (so you can ask about participating for better) | MilkMiruku
Top

If artists didn't want people to steal their work, they should be more careful and not leave their stuff lying around on the web.

The only person who ever complained that The Forest was using one of their images was some jockstrap called Johann von Flett (probably a relation of Jane), who thought we shouldn't use a rather obvious mashup from Planet of the Apes that he had 'created'. If Charlton Heston didn't have cold dead hands, I reckon he would have something to say about it all.

CC licenses are good, but I very much doubt that many artists would object to their work having a slightly larger audience. Maybe we can link back to were we nicked stuff from.
Top 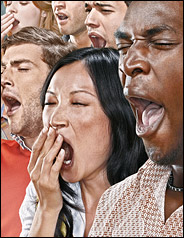 It's rings off a little bit uptight and over worthy world-view of things for me.
Stealing and re-appropriation are intrinsic to art, and wholly valid in their own right, see readymades, the collages of C.I.A. nights and any number of artistic schools.
I'm into exposing the talents of my friends but it's a limited pool from which to pluck from.
You wouldn't really want to score your porrrn from friend's private collextions - would you?
Pep Up The Turmoil
Top

There's two or three sides to this.

The legal: people should at least be aware of the copyright issues and how to get stuff that is definitely OK if they want to be sure, as James explains. Then the philosophical: Dai is right that there are limits to what's reasonable here. And the pragmatic: as Swithun points out, in practice it's never really caused any problems for us. How to balance all these things is up to individuals in my opinion.

It's worth adding that some limited use of other people's work is OK under the law anyway, regardless of what the copyright holders say. This is broadly known as "fair use" - that particular term comes from U.S. law, but most copyright laws have some similar exemptions.


(also, any photo on wikipedia is fair game)

This is not really true. Any photo on the Wikimedia Commons, yes, but many of the images on Wikipedia are not explicitly licensed and are being used under a fair use rationale, specific to the use of a particular image in a particular article.
Top

appropriation is art is theft.

without it there is no creativity.

you cannot learn to speak if you do not repeat other peoples words.

you cannot learn to art if you do not copy the jpegs from the internet.
Maybe it could work? But it will be a kaleidoscopic blend of mysterious shadows and rainbow hued-dreams seen through compassionate tears.
Top

Agreed, its absolutely key to reserve the right to take ownership of and repurpose material that finds itself in one's mindspace.
Top

Where can you get pictures of ladies posing with animals to the extent that is legal?
Pep Up The Turmoil
Top

well, obviously I don't but I'm far to tired to argue the point now. basically, as with most things, i generally think its far to complicated to be explained so simply. Art is based on people being inspired by things they see around them, but there's a difference between inspiration and straight up theft, and you have to have an eye to what the artist wants and give them some measure of control. (mostly because people need to pay rent - in an ideal world people wouldn't have to care about money so much) although partly I think that because a lot of the interest in art for me is in finding out what the artist thinks of the world so if you rip their work away from them it loses some of the interest. what is art but an attempt to communicate something, after all? see, now I'm rambling stupidly. bed.

Swithun, You don't have to assume what artists want for them; you can see what license they release it under. And dai, being legal doesn't mean you have to limit your art to your friends, there are tons of places to get stuff.
Top

The thing about anything that is stored in digital form, an image, music, a document, a computer program, etc., is that it can be copied any number of times and distributed to any number of people at virtually zero cost. I feel that artists distributing their art in digital form and then asking the recipients not to take advantage of this fundamental feature of the technology is a hopeless battle. Whatever the complex moral arguments it brings up may be, I feel the technology dictates the end result. The only reason we have complex moral debates about this right now is that society is still trying to adjust to this new technology that's gonna change all the rules. We've all witnessed DRM. We have to find ways to embrace this, not fight the tide.

It's for this reason that I think Creative Commons, although nice, is not the answer. CC starts from a moral argument and comes to a legal solution. Some of their less restrictive licenses are good. But I just can't see restrictions such as no derivative works: "You may not alter, transform, or build upon this work" or non-commercial "You may not use this work for commercial purposes" really working out. The technology allows people to do these things, and CC are asking the law to prevent it. To do that, the law is gonna have to cripple the technology somehow. I think that'll be bad in the long run from a social and cultural point of view, and from a technological point of view I don't think it'll work.


Most authors, whatever their field of activity, whatever their amateur or professional status, have a genuine interest in favoring an ecosystem where works can be spread, re-used and derived in creative ways. The easier it is to re-use and derive works, the richer our cultures become.

To ensure the graceful functioning of this ecosystem, works of authorship should be free, and by freedom we mean:

These freedoms should be available to anyone, anywhere, anytime. They should not be restricted by the context in which the work is used. Creativity is the act of using an existing resource in a way that had not been envisioned before.

Btw, radiohead just released their very cool new video made using a laser range detector (lidar) under a CC license. Not sure what license exactly, but cool video.
I've had it with you. If I had an image of a laser gun I would absolutely position it right here in my hand...
Ha! I have a real laser absolutely positioned in my hand!
Top

The interesting thing is I don't think it's the video itself they've made available but the point data from the lidar, so people can make their own visualisations from it.
I've had it with you. If I had an image of a laser gun I would absolutely position it right here in my hand...
Ha! I have a real laser absolutely positioned in my hand!
Top

The album, 1987 (What the Fuck Is Going On?), was released in June 1987. Included was a song called "The Queen and I" (sample (help·info)), which sampled large portions of the ABBA single "Dancing Queen".[15] The recording came to the attention of ABBA's management and, after a legal showdown with ABBA[16] and the Mechanical-Copyright Protection Society,[17] the 1987 album was forcibly withdrawn from sale. Drummond and Cauty travelled to Sweden in hope of meeting ABBA and coming to some agreement, taking an NME journalist and photographer with them, along with most of the remaining copies of the LP.[18] They failed to meet ABBA, so disposed of the copies by burning most of them in a field and throwing the rest overboard on the North Sea ferry trip home. In a December 1987 interview, Cauty maintained that they "felt that what [they]'d done was artistically justified."[19]
Our big brother's got no heart,
when I get my chance I'm going to punch him in the nose, in the nose, in the nose
Top

I would say I wholeheartedly subscribe to every point you've just made, Chombee


I think that because a lot of the interest in art for me is in finding out what the artist thinks of the world so if you rip their work away from them it loses some of the interest.

I think that's fine -
but I would say
ripping work away can obviously both add and decrease interest dependant on the way it's wangled, mangled or monged.

I will say I think an argument has developed maybe away from your original intentions -
I think it's honourable to push our own collective efforts much in line with our cafe music policy - it doesn't make my life richer but I do think it's an honourable choice.
What got on my wick was the legal dullness which is a debate dead to me - the subject is covered - and articulated with a nice clarity in Chombee's post.
Pep Up The Turmoil
Top

Return to “The People's Forum”